It’s been awhile since I’ve written any new blog posts or poetry.  I actually have several posts sitting in my draft queue,  yet I haven’t been able to focus on the minimal editing needed to make them publishable.

I don’t think I’d label my recent hiatus as “writer’s block” though.  I’m somewhat scattered – the stories, words are there, but my mind, body, & soul have been on emotional & sensory overload due to the ongoing drama of current & recent events.  I’m exhausted – a feeling which extends far beyond the definition of the word.

As Hurricane Harvey began its angry approach upon Texas, I became fully absorbed, inundated with discomfort, anxiety, & fear for the safety of numerous friends who were forced to evacuate or remain in harms way.  It’s an awful feeling to be so invested, yet unable to actively help from afar.

Without reprieve to rest or breathe after Harvey finally disappeared, other events unexpected (for me personally & otherwise) became daily taunts – testing our/my strength & resiliency to withstand yet another “calm before the storm” named Irma.  This bitch has trampled everything in her path towards & into the entire state of Florida.  However, this storm isn’t near finished… she wants more.  Both storms, plus a massive earthquake in Mexico have “succeeded” to make history & to make their catastrophic presence known around the world.

The fact I’m writing this essay with intent to publish it today is cathartic.  I’ve needed to purge this toxic anxiety & feel it’s time to reboot, recharge, & embrace the heartache.  Slowly, I’ll start to gather together the scattered thoughts & stories in my head & put into words on paper… it’s time to write. 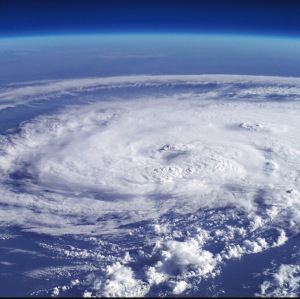 A chronic illness life is a crazy life. We can handle it together- with humor, kindness, and a few meltdowns along the way. Peace, love, and health.

The Amazing Adventures of Stick Girl

Join me as I adapt to living with a disability. I will update you on my health, review things I do, see and visit all with a positive spin.

The Voice of Peace Canada

Be the peace you are looking for

Travel through my readings

Here to recap all the crap

My Life in Pieces

A history of my journey through life.

This old Crohnie
MS and Ultra-Cycling

The Voice of Creative Independence

trivial nonsense from a random existence